When 16-year-old rising volleyball star Deven Gonzalez was pulled from the rubble of her Miami condo building, her initial reaction amid the shock was to tell firefighters that she had to compete in a major tournament in a few days.

The teen’s world revolved around volleyball. She played beach volleyball, on her high school team and with a competitive travel club team. From her hospital bed where she’s undergone multiple surgeries for a broken femur, she apologized profusely to her coach for missing their final practice.

“I said, ‘Let’s focus on you right now and not volleyball,'” said club coach Amy Morgan, who described Gonzalez as extremely determined, passionate and unrelenting in pursuing her goals.

Gonzalez lived with her parents on the ninth floor of Champlain Towers South. She and her mother, Angela Gonzalez, fell several stories before being rescued on the fifth floor, she told her coach. Her mother was among the survivors pulled from the rubble and is still hospitalized with serious injuries, Morgan told The Associated Press.

This photo provided by Liyah Deveauxd shows her teammate Deven Gonzalez, left.  When 16-year-old rising volleyball star Gonzalez was pulled from the rubble of her Miami condo building, her initial reaction amid the shock was to tell firefighters that she had to compete in a major tournament in a few days. (Liyah Deveauxd via AP)

At least two dozen were killed in the building’s partial collapse June 24. Deven Gonzalez’s father, attorney Edgar Gonzalez, is among the more than 120 still missing. The family’s eldest daughter, Taylor, who was not in the building at the time of the collapse, has been a source of strength for her mom and sister, according to Morgan and Joslyn Varona, a family friend who has posted frequent updates on Facebook.

“This is a strong and wonderful family,” Varona said. “They have a lot of faith.”

SURFSIDE MAYOR ON BUILDING COLLAPSE: ‘IT’S BEEN A TALE OF TWO CITIES’

Deven Gonzalez still hasn’t been able to see her mother because they are in separate parts of the hospital, but she briefly video chatted with her a few days ago on her mother’s birthday when Angela Gonzalez’s intubation tube was removed, Morgan said.

Deven Gonzalez was conscious when the building collapsed and throughout her traumatic rescue, her coach said. She remembers the details vividly and is having trouble sleeping, haunted by nightmares.

“I don’t know if she’s completely come to terms with everything. She has and she hasn’t,” said Morgan, who added that Gonzalez was unaware of the extent of the tragedy and the worldwide attention it’s received. 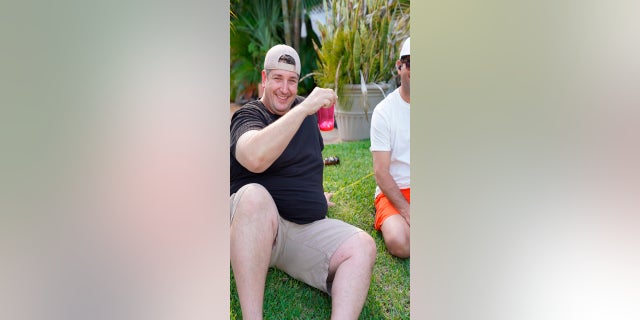 This photo provided by Dr. Mitchell Bernknopf shows Edgar Gonzalez. When 16-year-old rising volleyball star Deven Gonzalez was pulled from the rubble of her Miami condo building, her initial reaction amid the shock was to tell firefighters that she had to compete in a major tournament in a few days. At least two dozen were killed in the building’s partial collapse Thursday. Deven’s father, attorney Edgar Gonzalez, is among the more than 120 still missing. (Dr. Mitchell Bernknopf via AP)

The teen even took her first few steps recently.

“It’s going to be a nasty, hard painful road, but I think she can do it,” Morgan said.

Angela Gonzalez will undergo surgery for her extensive injuries this week, but has been responsive when asked questions, Varona said in her Facebook posts.

“There has not been any news on Edgar,” Varona wrote. “We are still praying and hoping for a miracle.”

Varona said she has set up a letter writing campaign to encourage the family.

Edgar and Angela Gonzalez were extremely involved with their daughter’s volleyball goals, the coach said. Her mom was like the team therapist, always listening and encouraging the girls.

Edgar is a kind, gentle and jolly father, Morgan said. After one tournament, he helped prepare a massive BBQ feast for the team. The family was about to leave for Orlando when the building collapsed. Edgar was so excited he’d been packed for two weeks.

“They’re so loving, so supportive,” Morgan said. “I see a lot of (Gonzalez’s) strength coming from her parents.” 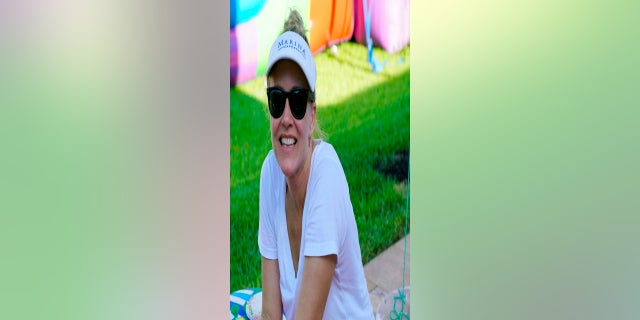 The tragedy has been difficult on the close-knit volleyball team, which met for practice Thursday night and allowed parents to participate. Everyone sat in a circle and held hands as they prayed. Many cried.

“Deven is such a hardworking and loving person,” her teammate Liyah Deveaux said Sunday. “We can’t wait for her to get back on her feet. We love and miss her so much.”

“We’re really trying to help and be supportive, but we feel absolutely helpless that we can’t make it better,” Morgan said. “Every single one of us would be in there digging through the rubble. If we could be there, we’d be doing it.”

Previous Galaxy Z Flip3 to be $200 cheaper than its predecessor, another leak claims
Next Chicago alderman on violent Fourth of July weekend: ‘This is a war zone’