The Tennessee Bureau of Investigation said it vetted 730 tips in connection with the disappearance of 5-year-old Summer Wells from her home in Rogersville as of Thursday – but none of them “led to a solid lead.”

Authorities are asking tipsters not to report rumors or speculation, however they also said anything that people in the area of Ben Hill Road on the late afternoon or early evening of July 14 and 15 may have seen or heard could possibly help the investigation.

“Every detail is important,” the TBI said in a statement.

Anyone with credible information is asked to contact the bureau at 1-800-TBI-FIND.

Investigators were also seeking a potential witness who was seen in a late 1990s maroon or red Toyota Tacoma with a full-sized ladder rack and white buckets in the bed.

“We want to stress that this individual is not a suspect, but is a potential witness who may have heard or seen something that may help us in our search for Summer,” the TBI said in a statement.

Area residents were also being asked to check their home security and trail cameras for any evidence that may help locate the missing girl.

Summer is about 3 feet tall and weighs around 40 pounds. She was last seen wearing gray pants, a pink shirt and may have been barefoot. She has close-cropped blonde hair and blue eyes. 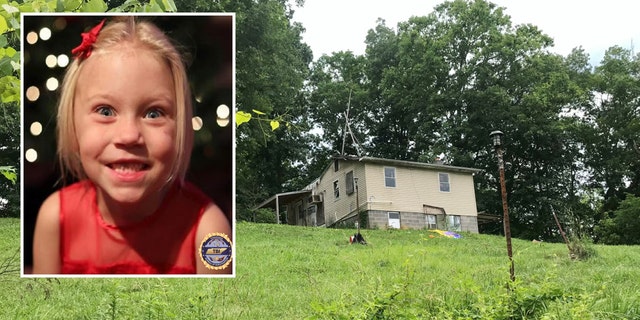 Summer Wells was last seen at her home in Rogersville, Tenn., on June 15.
(Tennessee Bureau of Investigation )

Investigators say the circumstances surrounding her disappearance have yet to be determined – but they said they were looking into “all possibilities.”

Law enforcement officers from more than 100 agencies in Tennessee and neighboring states have searched more than 3,000 acres without finding Summer following her disappearance 16 days ago. They said they were scaling back their efforts Sunday but that the search would continue.

Her parents, Don Wells and Candus Bly, told local media they believe that she was lured out of their rural home and taken.

Wells and Bly have not responded to Fox News’ attempts to reach them for comment.