The Republican Governors of several states are no longer waiting for Joe Biden and his administration to handle what has become a dangerous and volatile situation on the U.S. southern border. Instead, they’ve joined forces at the behest of Texas Gov. Greg Abbott to take matters into their own hands.

In a report from The Western Journal, Gov. Abbott announced on Tuesday that he would be closing and no longer issuing licenses to shelters that currently house roughly 4500 unaccompanied migrant children by August 31.

In a letter to Health and Human Services Secretary Xavier Becerra, Abbott declared that, “The federal government must solve the federal problem caused by the Biden administration’s disastrous open-border policies.”

Other Measures Being Taken In Texas

Gov. Abbott is clearly tired of dealing with the border disaster created by the Biden administration. Under the shelter closure plan, 52 shelters now in operation throughout the Lone Star State would be forced to halt care or be stripped of licenses required to remain open.

According to a Politico report, it leaves one quarter of migrant children currently in the country with no housing. There has been no announcement of alternative plans as Gov. Abbott insists it is an HHS responsibility.

In addition to closing the shelters, recently Abbott announced that Texas will continue building its portion of the border wall that was started during former President Donald Trump’s administration.

On June 1, Abbott declared a state of emergency along the border in order for all citizens in that area to receive all the resources the state can provide. The state will also be working with local law enforcement.

In addition to saying that state law enforcement would be making arrests, the Gov’s state of emergency announcement stated, “The Governor is authorizing the use of all necessary and available state and local resources to protect landowners in these counties from trespassers and the damage they cause to private property.”

Texans agree with me over Biden on border response.

They want action, not empty words.

While Biden does nothing to secure the border, Texas will get the job done. https://t.co/hoxsunF5Sp

RELATED: Person Tweets Something Nasty And Insulting At Chris Cuomo, He Shares His Flexed Bicep In Response

Getting Assistance From Florida

Gov. Abbott is not alone in his fight. Recently, he along with Arizona Gov. Doug Ducey (R) wrote a letter to their fellow Republican Governors asking for assistance at the southern border.

The letter read in part, “On behalf of Texas and Arizona, we respectfully but urgently request that you send all available law-enforcement resources to the border in defense of our sovereignty and territorial integrity.”

In an interview with Fox News Channel’s Mark Levin, DeSantis speculated as to whether or not the border crisis was “intentional” because the Biden administration supports open borders.

“And they really show a disregard for all the problems that emanate as a result of this, the people that are trafficked, all the drugs pouring across the border, increasing lawlessness. So it’s got to the point where Texas is doing it on their own, Arizona, they asked other states for help.

So Florida has stepped up. And we’re gonna send folks to help stem the tide of what’s going on down at the southern border, but it’s a clear failure of leadership. But I do believe that this is an intentional policy rooted in an open borders ideology.”

South Dakota Pitching In To Help

On Tuesday, South Dakota Governor Kristi Noem (R) also announced she would be sending 50 National Guard troops to the Texas-Mexico border. She said the deployments would last from 30-60 days and are being paid for by private donation.

In her statement announcing the deployment of the National Guard troops, Noem said, “The Biden administration has failed in the most basic duty of the federal government: keeping the American people safe. The border is a national security crisis that requires the kind of sustained response only the National Guard can provide.”

Gov. Noem continued, “We should not be making our communities less safe by sending our police or Highway Patrol to fix a long-term problem President Biden’s administration seems unable or unwilling to solve. My message to Texas is this: help is on the way.”

Vice President Kamala Harris made a trip to El Paso last week, but was criticized for not going to “hot zones” such as McAllen, Texas that are actually right on the border instead of roughly 800 miles north. Border crossings are up nearly 230% near McAllen.

Former President Trump will visit the border on Wednesday at the invitation of Gov. Abbott. He will be accompanied by several Republican members of Congress. 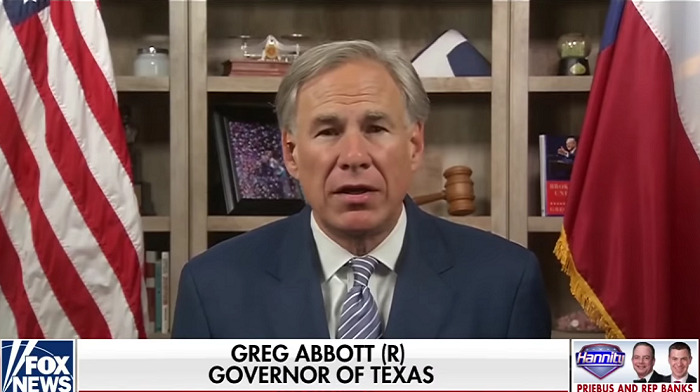 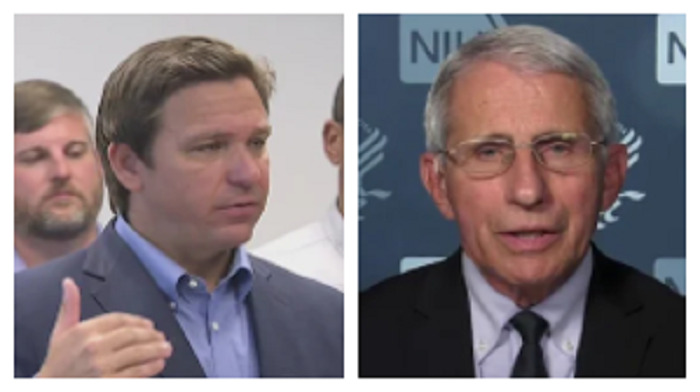